Eating for the Season

Did you know that our ancestors would only eat the food they could find where they lived?

That often meant eating different varieties of produce at each and every season. There was no such thing as eating a tomato in December if they lived in Kentucky. Now we can walk into a grocery store and pick up almost any piece of produce our heart desires, rarely wondering how far that produce had to travel. What’s even worse? Our supermarket produce is picked several weeks before the fruit or vegetable is even ripened, so by the time we pick up a cucumber or apple to purchase – it’s already lost most of its nutritional value and flavor. When we eat seasonally, we are living in harmony with nature which leaves our bodies in balance and content.

Did you know that food that grows in certain seasons is actually beneficial to our health?

In the summer you can find plenty of cucumbers and watermelon, all which help cool down the body naturally from the heat. For example, when you eat an apple in the fall, it helps transition your body from the hot summer days to the cooler fall evenings. In spring, we can find a lot of leafy greens in order to help detox the body and lose some weight stored during the winter months. Seasonal produce is also picked at its ripest which means it contains all of its nutrients. The plant has had more sun exposure which leads to higher levels of antioxidants!

Did you know that eating in season is more affordable than most would think?

If you take a walk around your local farmer’s market in the summer, the overabundance of produce such as watermelons and cucumbers allow them to be sold at a lower cost.

Let’s take a look at some of the products you should pick up at your local farmer’s market this December to make sure you are not only saving money but getting the most nutritional benefits from your food!

Foods to eat this December: 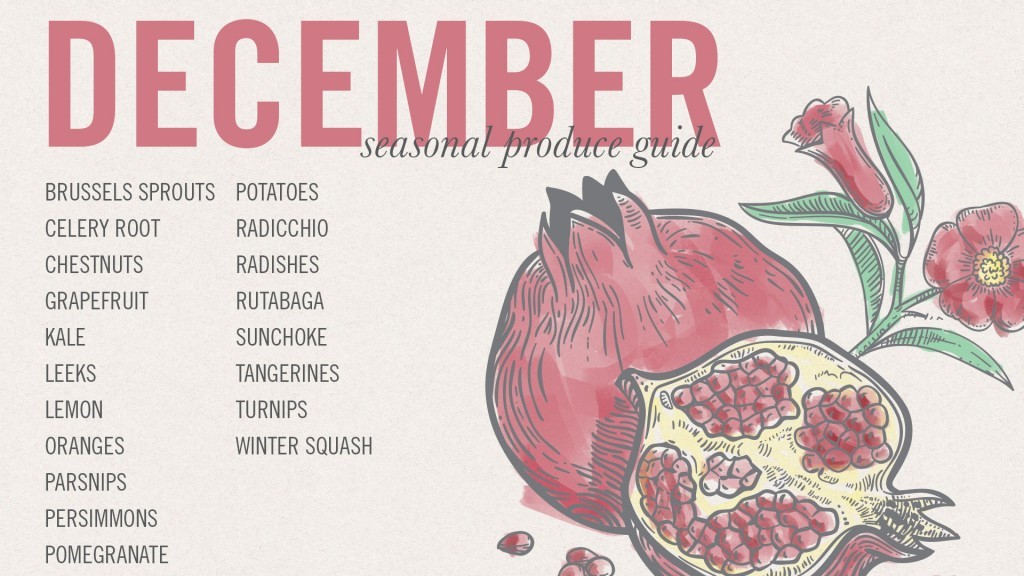